Injustice takes many forms. Those who are committed to building a better world know that to effect change, you must speak up — something that Alverno students do every day with passion and skill.

In fact, two Alverno students have been honored as 2019 Student Activist Award winners by the Wisconsin Institute for Peace and Conflict Studies. In receiving this award, Alejandra Gonzalez and Sarah Pearson have been recognized for making outstanding contributions to activism around issues of peace and justice.

Gonzalez and Pearson, along with other award winners, will be celebrated at an April ceremony at St. Norbert College in DePere, Wis. The spring 2018 issue of Alverno Magazine featured interviews with these inspiring women, which we are featuring again here in honor of their achievements. 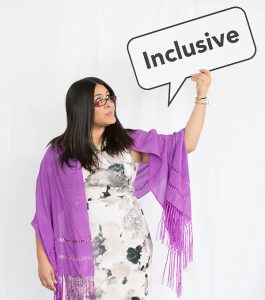 Through community activism and theater, Alejandra is a tireless advocate for immigrants' rights. She has shared her personal immigration story to support the Deferred Action for Childhood Arrivals (DACA) program. Alejandra is a Newman Civic Fellow for the 2018-19 school year, winning a spot in a competitive program that equips college students with the tools needed to effect social change.

What prompted you to speak up?

I got tired of feeling helpless; I got tired of seeing students go through the same things I did when I was their age. I figured if I wanted to see a change, I'd have to act on it.

What has happened as a result of you speaking up?

I've seen how my story has changed people's perspective on immigration. I hadn't realized how little people knew about the U.S. immigration system, so to offer them a different perspective and a better understanding, well — I like to imagine it has caused a bit of change, even if it's just at an individual level. The individual level is where change starts, and it can have a ripple effect.

How did Alverno help to strengthen your voice?

Alverno has helped me cultivate the skills I need to speak in front of a large crowd. Because I have those skills, I have become a lot more confident when I talk.

Have you experienced fear when speaking out? Who gives you courage and helps you persevere?

What do you hope to learn and/or accomplish through the Newman Civic Fellowship?

I hope to connect with community leaders around the nation and learn from them. My end goal is to make health care accessible in Milwaukee. Growing up undocumented meant growing up uninsured, which is a reality for many Americans. I want to see what would be the best way to achieve that, whether it's a legislative track or a community outreach track. Maybe it's both, but I know it's possible, and I want to make it happen in my home city. 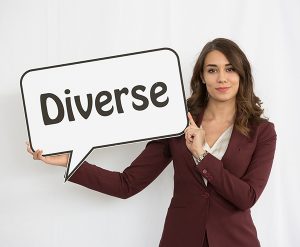 Sarah turned her political disillusionment into action. After traveling to Washington, D.C., for the Women's March in 2017, she helped found the Wisconsin chapter of the national Women's March organization. She now aspires to a career in public service.

What prompted you to speak up?

As a woman and a survivor of sexual assault, the 2016 presidential election was traumatizing. I made the decision to fly to Washington, D.C., in January 2017 to join the Women's March on Washington. At the time I was working as a restaurant manager, and the Women's March, in addition to being an inspiring and healing experience, led me to see different possibilities for my future.

What happened as a result?

I quit my job, giving me the flexibility to return to Alverno and continue working for transformative social change. I returned to D.C. to participate in events with the national Women's March organization. I met several national organizers and discussed the work local organizers could do in Wisconsin. Then we formed an official state chapter of Women's March. We've since made thousands of phone calls to our legislators and gone to jail fighting with our allies for the preservation of Medicare and Medicaid and the passing of a Clean Dream Act. In January 2018, we organized an anniversary day of action that united thousands of women and allies.

How did Alverno help to strengthen your voice?

Returning to school to finish my degree — especially at Alverno, which values effective citizenship — is a gift. Women are so often conditioned to apologize for taking up space and time. We are great advocates for each other, but in many ways, we struggle to advocate for ourselves. Bettering myself through continuing education is an opportunity for me, in the words of Congresswoman Maxine Waters, to “reclaim my time.”

What do we as a society need to do to better empower women?

We need to start by listening to women, and not just famous white women. The #MeToo movement has been a significant part of our national dialogue in recent months, and it's about time. But when marginalized women experience sexual assault, and the perpetrators are able to continue without consequence, we haven't achieved the kind of change that truly empowers women.

While I'm encouraged by the fact that this conversation is taking place, it needs to be followed by action in human resources departments, school campuses and among families across this country. When the feminist movement doesn't address the issues that affect the most marginalized groups, women cannot succeed. “No one is safe unless everyone is safe” is one of our mottos, and our move to empower women must reflect this.