Alverno celebrates the women who are called to lead others, whether that is working toward educational excellence or inspiring women religious.

A Most Distinguished Alumna

Starting with Mother Alexia, eight strong women have taken the helm of Alverno College, bravely and boldly leading this institution through change and innovation with wisdom, grace and grit.

As Alverno's seventh president, Mary Meehan H '05, PhD, holds an important role in this legacy of leadership. Meehan led our campus from 2004 to 2016 and went on to serve as interim president of Seton Hall University in South Orange, N.J. Before her tenure ends this summer, Seton Hall is honoring her as its 2019 Most Distinguished Alumna, a fitting tribute for someone who has not only served in the university's highest role but also is a three-time Seton Hall graduate herself.

“I have known Mary as a colleague and friend for many years, and her contributions to Catholic higher education are substantial and significant,” says Sister Andrea. “Mary truly embodies what it means to be a servant leader, having dedicated her life and career to building a good and just world.”

A longtime leader in higher education and health care, Meehan's tenure as interim president at Seton Hall included the opening of a new medical school at the Catholic university. She served in the Seton Hall administration from 1996 to 2004, after which she joined Alverno College as president.

During the 12 years of Meehan's presidency, Alverno added several new master's degrees and was named one of the top 10 schools in the nation for teacher education. Meehan, Alverno's first lay president, also presided over the $30 million-plus Promise & Power campaign, which renovated and expanded the campus into the Alverno we know today, and which continues to grow in order to meet vital community needs.

Meehan was honored at Seton Hall's Many Are One Alumni Awards Gala in June. To share your congratulations and well wishes with her, please contact the Alverno Alumnae Engagement Office at alumnae@alverno.edu.

Since 1887, Alverno College has been an important part of the mission of the School Sisters of St. Francis. As our founding order, the School Sisters have led and sustained Alverno through the years, inspiring us and guiding us with their Franciscan ideals of peace, inclusion, service and hope.

This relationship has come full circle, with Alverno alums comprising the whole of the new leadership team for the order's U.S. province, elected in March and beginning their four-year terms this July. We congratulate, and pledge our prayers and good thoughts, to these remarkable women: 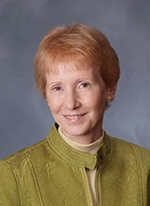 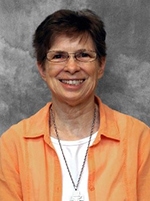 O'Brien was a valued member of the Alverno faculty and senior leadership for several decades, serving as the senior vice president of academic
affairs at the time of her 2015 retirement from the College. She went on to hold the same role at the American Islamic College in Chicago.

Schneider has served as associate treasurer of the School Sisters and has been a clinical psychologist in private practice since 2001.

For more than a decade, Braun has ministered as a chaplain on the U.S.-Mexico border in El Paso, Texas, where the School Sisters operate Casa Alexia to serve immigrant families.

Inspiring Women Religious Around the World

What could possibly be stronger than a community of women, united in mission, dedicated to raising each other up and committed to serving others? 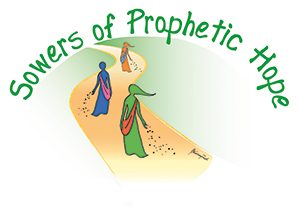 This strength is not only the definition of Alverno Strong, but it's also what makes women religious so remarkable. The power of this strength was on full display in Rome this May, at a gathering of approximately 850 Superiors General from 80 countries. As these leaders of religious orders gathered to consider and recommit to their roles as “sowers of prophetic hope,” the words of our very own Sister Andrea were among those shared for inspiration:

“We respect each other, enjoy each other and support each other, right until the moment we yield each sister to the welcoming arms of the Lord at the moment of her death. It is that good and that powerful. That very evident strength and what it is capable of accomplishing is part of what drew me to religious life. Watching women teach each other; wanting them to teach me. Seeing joy, goodness, intelligence and commitment coalesce. Slowly coming to see that the power, the boldness we could have together, is power and boldness none of us would have alone. Embarking on a lifelong adventure with like-minded women. Good and wise women taught me that. And that is part of how I came to be where I am today.”

Sister Teresa Maya, a member of the Congregation of the Sisters of Charity of the Incarnate Word in San Antonio, Texas, quoted Sister Andrea in her speech A Vision for the Future of Religious Life. In the speech, Maya called on women religious to harness the power of their individual and collective stories in order to protect and defend human dignity from violence and marginalization.

This article originally appeared in the spring/summer 2019 issue of Alverno Magazine.